Finally got out to DC last weekend to visit my bro. I was starting to seriously suffer from 'bad brother' guilt complex, as he's been out there for nearly two years, and this was my first visit. 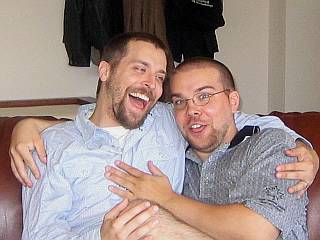 Yeah, I think Justin forgives me.

Anyway - I had a great time, and actually really liked DC. Justin, next time the whole crew will come out and sleep on your couch. Ahh yeah!